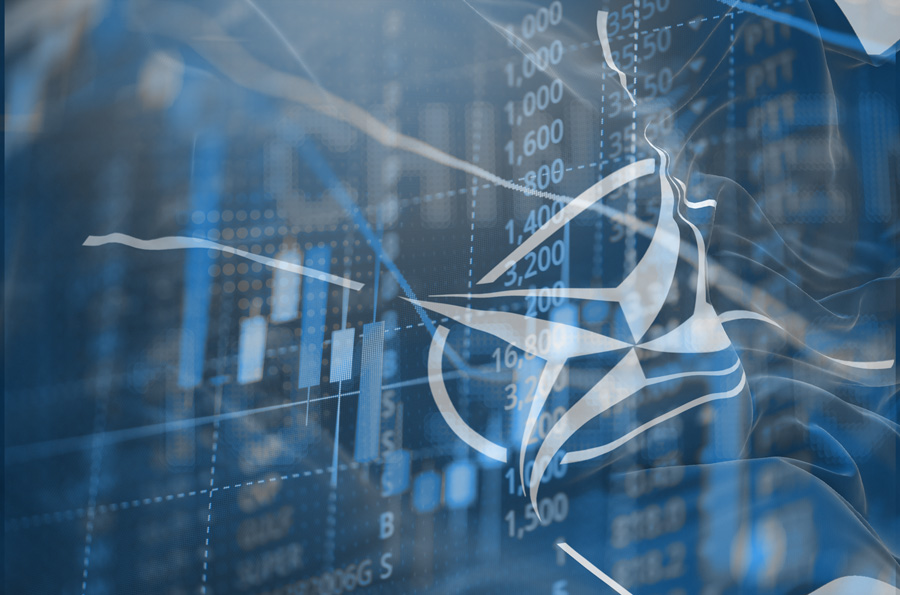 The NATO Summit has concluded with one of the most extraordinary and divisive geopolitical developments in recent European and perhaps world history.

The 2022 Strategic Concept (SC) document released last month is a pendulum swing moment for NATO. After being described as ‘brain dead” by French President Macron in November of 2019, and the US President threatening to withdraw from NATO in 2018, this alliance has resurfaced, dramatically transformed.

“What we are currently experiencing is the brain death of NATO.”[1]

A new NATO has emerged, NATO 2.0, with an apparent larger mission that seems to include the Asia-Pacific region and a more aggressive position on China, setting the stage for possible sharper geopolitical division. This new position and more aggressive posture will likely impact everything from trade to labor mobility and global investor capital flows.

The NATO Strategic Concept document (SC), issued approximately every ten years, is meant to clarify the purpose and ten-year plans for NATO. The 2022 document, however, is radically different from the 2010 Strategic Concepts. In the 2022 version, Russia and China are labeled hostile and adversarial.

Russia is mentioned 14 times in the 2022 SC document, and it’s done so negatively. However, in the 2010 SC, Russia was mentioned 13 times, mainly in a constructive manner, i.e., “NATO-Russia cooperation is of strategic importance as it contributes to creating a common space of peace, stability, and security. NATO poses no threat to Russia. On the contrary: we want to see a true strategic partnership between NATO and Russia, and we will act accordingly, with the expectation of reciprocity from Russia.” This year’s SC states, “The Russian Federation is the most significant and direct threat to Allies’ security and peace and stability in the Euro-Atlantic area.”

China was not once mentioned in the SC 2010. However, in the 2022 document, it is not only mentioned but referred to as a “strategic competitor” and that “The People’s Republic of China’s (PRC) stated ambitions and coercive policies challenge our interests, security, and values.”. The text also states, “The deepening strategic partnership between the People’s Republic of China and the Russian Federation and their mutually reinforcing attempts to undercut the rules-based international order run counter to our values and interests.”

Indeed, China has responded and has sternly warned NATO to stop the smearing campaign. Zhao Lijian, the Spokesperson for the Chinese Foreign Ministry, stated (translated), “NATO is a systemic challenge to world peace and stability. NATO claims to be a regional defensive organization, but in fact, it has been making advances into new areas and domains, launching wars across the world, and killing innocent civilians. China has also stated that it was firmly opposed to NATO’s warning about China’s threat and that NATO’s position is filled with a cold-war mentality and ideology. Furthermore, it is NATO’s eastward expansion that has provoked conflict. Regarding the inclusion of four Asian nations in this year’s NATO Summit, Chinese officials have stated that NATO is looking to expand its influence in the Asia – Pacific region and it should not seek to destabilize Asia and the world. Indeed, his year, for the first time in NATO history, Asian nations were invited and participated in the NATO Summit: Australia, New Zealand, Japan, and S. Korea.

Moreover, historically neutral countries of Finland and Sweden also joined, thus potentially posing a more significant threat to Russia if both join this military alliance. In turn, therefore further growing the global investor’s concern about regional peace and security.
From a financial market implication perspective, the implications are broad and likely long-lasting.

NATO has vowed to support Ukraine for “as long as it takes.” This confirmation of commitment dramatically increases the risks of Russia using its energy supply as a weapon more than it already has. There is now a greater risk of massive disruptions across European industry due to energy supply disruptions which Russia may be currently planning for, especially during the winter. Germany is most at risk.

Market Implications are broad. Global investors may need to reassess geopolitical and economic risks on the European continent. Such reassessment may lead to assigning greater risk to European assets, which would likely result in reducing allocation to such assets, negative for European bonds, stocks, and currency and instead such investor capital will flow to markets of more ideologically aligned countries.

We expect demand for energy assets will remain in high demand as EU nations and most other nations will look to ensure strategic energy reserves are as high as possible. This bodes well for the economies of major energy-exporting nations which have already been benefiting from higher energy prices. These markets have been the star performs this year (Kuwait +11%, UAE +9%, Qatar +6%, Saudi Arabia +3.5%, Indonesia +2.8%).

Regarding currencies, if global investor perception of risk is now being reconfigured, all European currencies, especially the most widely held European currency, are likely at risk. In the longer term, perhaps beyond the multiyear horizon, USD demand may also soften as the list of non-NATO aligned and unaligned nations grows. CNY, the Chinese currency, stock, and bond markets may be the largest beneficiary.

The information provided herein constitutes marketing material, that may contain general information, and has been prepared by personnel in the GMG Investment Solutions SA or GMG Institutional Asset Management SA (collectively “GMG”) and is not based on a consideration of the prospect’s circumstances. This document reflects the sole opinion of GMG or any entity of the GMG Group and it may contain generic recommendations.

Non-Reliance: This document does not constitute a recommendation or consider the particular investment objectives, financial conditions, or needs of individual clients. Before acting on this material, you should consider whether it is suitable for your circumstances and, if necessary, seek professional advice. GMG is not soliciting any specific action based on this material it is solely intended for illustration purposes.

This document is not the result of financial analysis and therefore is not subject to the “Directive on the Independence of Financial Research” of the Swiss Bankers Association.

This document is neither a prospectus as per article 652a or 1156 of the Swiss Code of Obligations, a listing prospectus according to the listing rules of the SIX Swiss Exchange or any other exchange or regulated trading facility in Switzerland, nor a simplified prospectus, key investor information document or prospectus as defined in the Swiss Federal Collective Investment Schemes Act. Any benchmarks/indices cited in this document are provided for information purposes only.

The accuracy, completeness, or relevance of the information which has been drawn from external sources is not guaranteed although it is drawn from sources reasonably believed to be reliable. Subject to any applicable law, GMG shall not assume any liability in this respect.

Risk Disclosure: This document is of a summary nature. The products referred to herein involve numerous risks (including, without limitations, credit risk, market risk, liquidity risk and currency risk). In respect of securities trading, please refer for more information on such risks to the risk disclosure brochure “Risks Involved in Trading Financial Instruments – November 2019”, which is available for free on the following website of the Swiss Bankers’ Association: www.swissbanking.org/en/home.

Material May Be Outdated: This material is produced as of a particular date. Accordingly, this material may have already been updated, modified, amended and/or supplemented by the time you receive or access it. GMG is under no obligation to notify you of such changes and you should discuss this material with your GMG relationship manager to ensure such material has not been updated, modified amended and/or supplemented. The market information displayed in this document is based on data at a given moment and may change from time to time. In addition, the views reflected herein may change without notice. No updates to this document are planned. In the event that the reader is unsure as to whether the facts in this document are up to date at the time of their proposed investment, then they should seek independent advice or contact their relationship manager at GMG.

Information Not for Further Dissemination: This document is confidential and should not be reproduced, published, or redistributed without the prior written consent of GMG.

This website uses cookies to improve your experience while you navigate through the website. Out of these, the cookies that are categorized as necessary are stored on your browser as they are essential for the working of basic functionalities of the website. We also use third-party cookies that help us analyze and understand how you use this website. These cookies will be stored in your browser only with your consent. You also have the option to opt-out of these cookies. But opting out of some of these cookies may affect your browsing experience.
Necessary Always Enabled
Necessary cookies are absolutely essential for the website to function properly. These cookies ensure basic functionalities and security features of the website, anonymously.
Functional
Functional cookies help to perform certain functionalities like sharing the content of the website on social media platforms, collect feedbacks, and other third-party features.
Performance
Performance cookies are used to understand and analyze the key performance indexes of the website which helps in delivering a better user experience for the visitors.
Analytics
Analytical cookies are used to understand how visitors interact with the website. These cookies help provide information on metrics the number of visitors, bounce rate, traffic source, etc.
Advertisement
Advertisement cookies are used to provide visitors with relevant ads and marketing campaigns. These cookies track visitors across websites and collect information to provide customized ads.
Others
Other uncategorized cookies are those that are being analyzed and have not been classified into a category as yet.
SAVE & ACCEPT