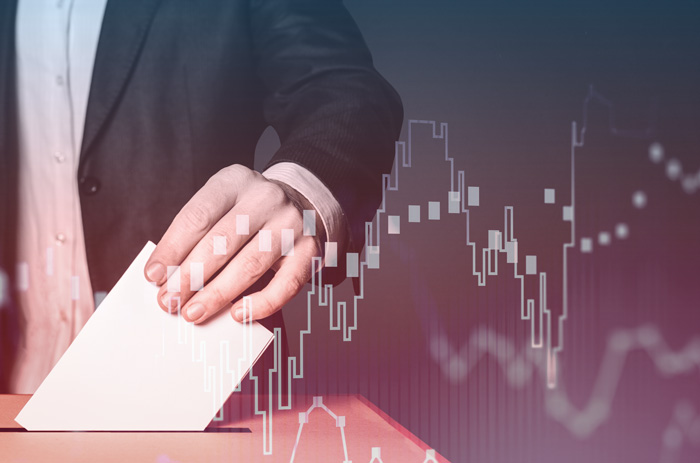 Whether by design or default, Russia-Ukraine peace may be near

The recent referendums held in the four regions in Ukraine are a critical and defining event. While trying to predict the outcome of major geopolitical events is a highly risky endeavor, we nevertheless have to do so.

There is much news on the referendums and the general opinion remains negative. Most observers expect NATO to keep funneling armaments into Ukraine and for the war to continue even after the annexation of the four regions in which referendums were held. But unfortunately, annexations are not new. History is littered with such events. Annexation, according to international law, is the forcible acquisition of one state’s territory by another. The US, for example, has a history of annexations, and after the two world wars, there has been a string of annexations across Europe and the Middle East. The world has had to live with it and move on essentially. Recall that in March of 2014, the UNGA adopted a measure that Russia’s annexation of Crimea “has no validity.” The world may experience another major annexation that opposing powers, great and small, may be unable to reverse. Forced de-annexations have also occurred, but not with nuclear states.

While the referendums held this week, being labeled by some as ‘electoral authoritarianism’, have not been recognized by any NATO member state, there appears to be nothing Ukraine and NATO can do other than continue the war to reclaim the land that will be annexed. This is the consensus view. However, if the referendum results in Russia declaring it will not surpass the annexed territories, Ukraine may have to accept the outcome and focus on keeping Russian forces out of territory not included in the referendum, which Russia will likely state it has no interest in any way. The war will fizzle out and fade, but scars will remain on all sides. How this story unfolds may be more apparent over the next 3-6 weeks will be critical. Putin’s birthday is on October 7, and the Unity Day11 national holiday is on November 4. How Ukraine responds to major Russian announcements will be critical to how markets react, especially around the dates mentioned.

While peace may not be agreed upon nor a peace agreement signed, it may nevertheless begin to surface as the year ends and Russia prepares for the New Year and the January 7 Christmas holiday. By the time the next Defender of the Fatherland holiday arrives on February 232, Putin may declare the annexation a success and ‘mission accomplished.’

From a market and portfolio perspective, such an outcome (peace by default) will lift risk-on assets globally, especially in Europe. Regarding our portfolio positioning, we have been defensively positioned since May 2022 and have favored quality dividend payers, defensive sectors, and value since Q3 last year. For now, we will hold onto our defensive, risk-off allocation, and vigilantly follow news from the region, especially around the key dates as we hope clear signs of peace, regardless by design or by default, surface.

1 Russia’s Unity Day was established as a national holiday during President Putin’s first presidential term. It commemorates Russia’s defeat of Polish invaders in 1612 when the people’s volunteer army led by Kuzma Minin and Dmitry Pozharsky liberated Moscow from interventionist forces.
2 Defender of the Fatherland Day is a holiday for Collective Security Treaty Organization (CSTO) states – the Republic of Belarus, the Kyrgyz Republic, the Russian Federation, and the Republic of Tajikistan – On this date they traditionally hold celebrations, parades and displays of military equipment. This is the day to remember veterans and all those who have given their lives defending their Homeland (Source: pacsto.org).

The information provided herein constitutes marketing material, that may contain general information, and has been prepared by personnel in the GMG Investment Solutions SA or GMG Institutional Asset Management SA (collectively “GMG”) and is not based on a consideration of the prospect’s circumstances. This document reflects the sole opinion of GMG or any entity of the GMG Group and it may contains generic recommendation.

Non-Reliance: This document does not constitute a recommendation or consider the particular investment objectives, financial conditions, or needs of individual clients. Before acting on this material, you should consider whether it is suitable for your circumstances and, if necessary, seek professional advice. GMG is not soliciting any specific action based on this material it is solely intended for illustration purpose.

This document is not the result of a financial analysis and therefore is not subject to the “Directive on the Independence of Financial Research” of the Swiss Bankers Association.

This document is neither a prospectus as per article 652a or 1156 of the Swiss Code of Obligations, a listing prospectus according to the listing rules of the SIX Swiss Exchange or any other exchange or regulated trading facility in Switzerland, nor a simplified prospectus, key investor information document or prospectus as defined in the Swiss Federal Collective Investment Schemes Act. Any benchmarks/indices cited in this document are provided for information purposes only.

The accuracy, completeness or relevance of the information which has been drawn from external sources is not guaranteed although it is drawn from sources reasonably believed to be reliable. Subject to any applicable law, GMG shall not assume any liability in this respect.

Risk Disclosure: This document is of summary nature. The products referred to herein involve numerous risks (including, without limitations, credit risk, market risk, liquidity risk and currency risk). In respect of securities trading, please refer for more information on such risks to the risk disclosure brochure “Risks Involved in Trading Financial Instruments – November 2019”, which is available for free on the following website of the Swiss Bankers’ Association: www.swissbanking.org/en/home.

Material May Be Outdated: This material is produced as of a particular date. Accordingly, this material may have already been updated, modified, amended and/or supplemented by the time you receive or access it. GMG is under no obligation to notify you of such changes and you should discuss this material with your GMG relationship manager to ensure such material has not been updated, modified amended and/or supplemented. The market information displayed in this document is based on data at a given moment and may change from time to time. In addition, the views reflected herein may change without notice. No updates to this document are planned. In the event that the reader is unsure as to whether the facts in this document are up to date at the time of their proposed investment, then they should seek independent advice or contact their relationship manager at GMG.

Information Not for Further Dissemination: This document is confidential and should not be reproduced, published, or redistributed without the prior written consent of GMG.